Fund vs Property for GV, do not buy fund!

What do you think about the argument here? Fund has an expiration date. But GV applicants could be delayed by the SEF significantly. If you buy fund, your fund could expire before you have a chance to apply for the permanent residency. Property is a safer option to invest in GV. 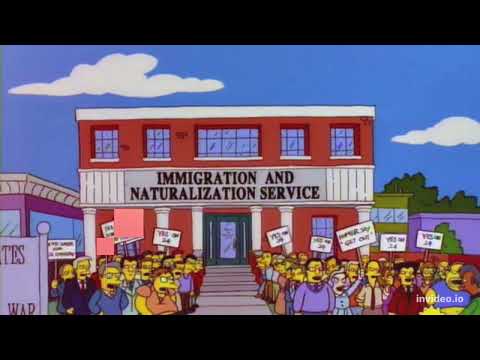 This has been discussed endlessly here in many ways. Too many different opinions and situations and fund structures for anyone to be making any blanket statement. I have funds and I am not even in the least concerned about the matter. Other people probably have funds and should be. Mercan investors have problems. And owning property is its own ball of wax.

As Jeff stated there are numerous fund structures , options etc. I see one big flaw in the video. She states at 0:39 that she invested in 2019. If that were the case then she should be eligible for PR in 2025/26 not 2029 as she states around 1:21. Presumably the fund has extension clauses that extend one year at a time subject to the fund owners voting for it. Most of the funds I looked at had that option. Sure if you buy into a fund that was already 3 years into its 5 year life, it probably is a concern.

I think most of the funds are aware of this, and have contingencies in place, such as extending the life of the fund to cover the needs of their investors. There are probably other things more worth worrying about

If I understand the video correctly, the youtuber 's argument is simple. The progress of the investors of the same fund is NOT the same. If at least 51% of the investors receive their permanent residency and the fund is expiring, they will vote to liquidate the fund and walk away with their money. This is sure to negatively affect the most unfortunate investors whose application is delayed most by the SEF.

Which, frankly, seems like an obvious outcome to me. If you’re a fund investor and haven’t thought about it, you’re a fool

And of course, open-ended equity funds exist, if you’re comforting with the risk profile. If you’re in something like IMGA or BPI, there’s no expiry, and if you get fed up of SEF delays, you’re free to sell and walk away.

It actually depends on how much of the fund’s duration was left when you invested. E.g If the fund had a 7 yr life (without extensions) and you invested in year 2. As long as your money was in the fund for the 5 years. You are fine. Even if the money comes out at the end of the 7th year, you’ve had it invested for the 5 yrs as required by law to qualify for the GV. I had this very specific conversation with my atty last week. The delays by the SEF do not affect your eligibility as long as you met the criteria. They cannot require you to reinvest again till the PR/Citizenship is issued.

That being said, most funds are taking a look at their durations, criteria etc. because they know this is potentially a looming problem. The issue of liquidation really has to do with giving money back to those with the GVs processed. Depending on the fund and their investments, they may choose to liquidate enough to allow those people to exit. The rest now stick around till their GVs come through or they meet the 5 year mark in the investment duration.

I had this very specific conversation with my atty last week. The delays by the SEF do not affect your eligibility as long as you met the criteria. They cannot require you to reinvest again till the PR/Citizenship is issued.

That’s a very interesting position to take on your lawyer’s part. Looking at the text of the law, I get where they are coming up with that statement, but I dunno how I’d feel about actually going down that path and letting go of the investment because one could read those sections of law multiple different ways, I think. If they have actual successful cases that sold at year 5 but were able to renew at year 6, I’d be interested to hear that.

This is just like the statement that you don’t even need to hang onto a valid permit, your citizenship app should still process. The law might imply that but that doesn’t mean it’s a great idea.

I don’t disagree with you that this is not a place that one would want to be. I think it may also be based on the fact that the PR/Citizenship isn’t issued by the SEF, it is a different department. The application process is entirely new and likely will take yet another year. The SEF will merely provide the documentation that you’ve
met the criteria called out under the law, time spent in country, investment , duration of investment etc

Her point was that if they say you need to keep the money invested beyond 5 years then they are changing the rules AFTER you applied under one set of rules, that that is constitutionally prohibited.

I’m not a Portuguese lawyer

I certainly don’t have an idea how this will shake out. I just think there are going to be hundreds if not thousands of people who are in this boat where things got delayed by the SEF, forget COVID, the shutdown between Jan and Jun was purely SEF.

I’m not going to stress over something that is entirely out of my control. Will deal with it, if and when I am faced with it, 5 yrs from now

P.S. the cost of the PR issuance just went up in the most recent publication. It is now 7548. There is link to the new costs on a different thread

P.S. the cost of the PR issuance just went up in the most recent publication. It is now 7548.

Someone has to pay for things… it might as well be people who are not citizens and not likely to become citizens. For what its worth, based on the average Portuguese salary and tax rate, 7548 is roughly two years worth of taxes paid by the average Portuguese resident. In this case, its paid for PR by someone who in the case of ARI, may not take any benefits in Portugal.

It’s the same process as before, just with a new intake portal for the paperwork. Same dif.

I’m not going to stress over something that is entirely out of my control. Will deal with it, if and when I am faced with it, 5 yrs from now

Yes. this is the best course. You made a decision based on what you knew. The path is set. You might die between now and then, or the EU will fall apart, or PT will become a dictatorship, or your fund manager will skip town with all your money. Or it will all be fine.

Hi Jeff, could you please elaborate on why Mercan investors have problems? I’m currently considering them and would love to get your thoughts!

I’m not @jb4422 , but will add that we considered Mercan when we were making our investment choice back in late 2020. Had several conversations with several of them, including Jerry Morgan. It all seemed above-board and they had an apparent track record. However, ultimately we decided on a different type of fund investment.

Having said all that, Mercan is hosting a webinar this week on the processing timeline. I’m planning to listen in, even though we are not interested at this point in making any investment through Mercan. It will be interesting to hear their prospective on the overall GV process and SEF. I can’t imagine that they won’t be communicating a similar message as was shared by @tkrunning in his recent email. We’ll see.

Here’s the link for registering for the webinar. 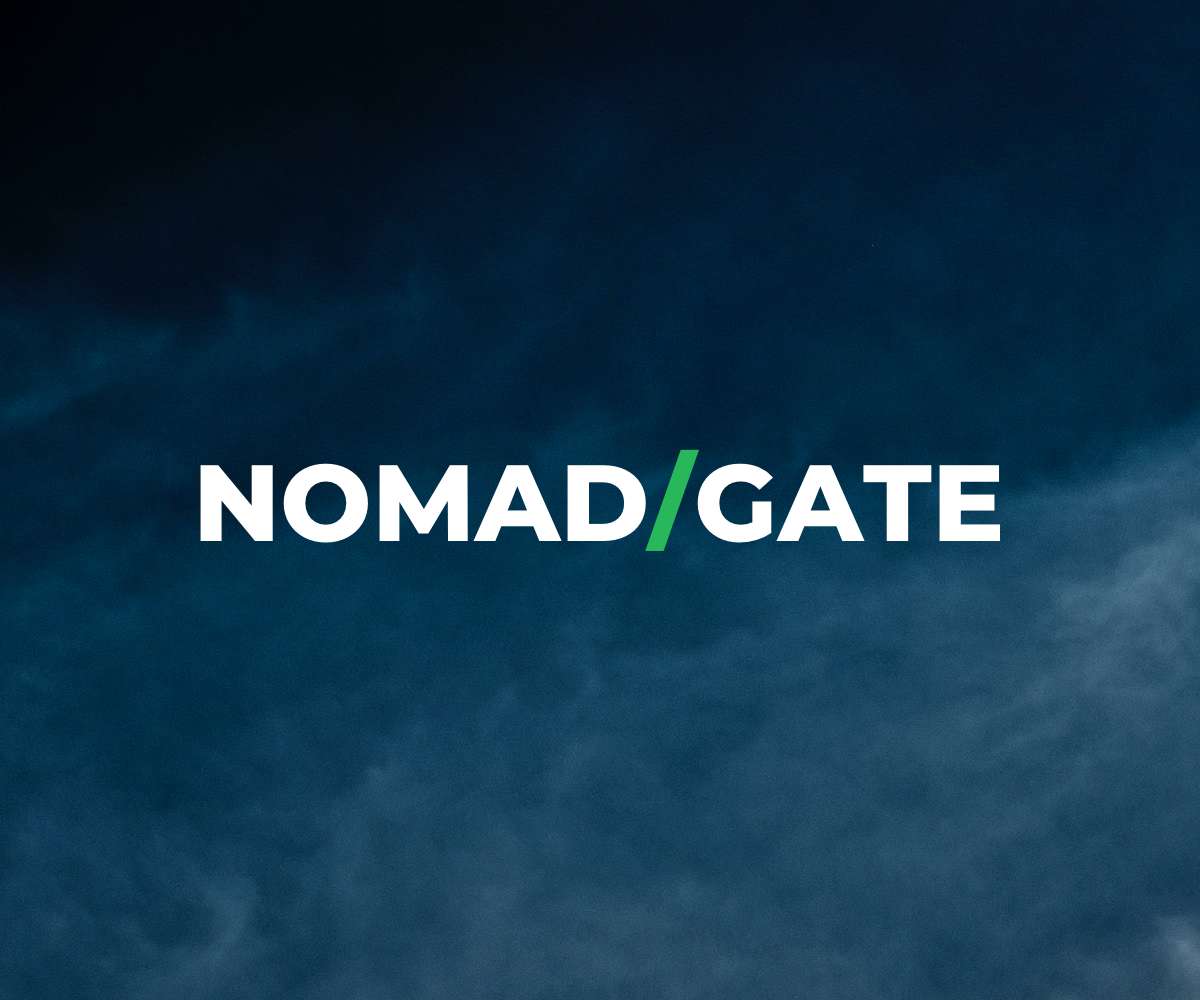 Your guide to a location-independent life

I think a key point that is missed in this video is that she invested in the fund in 2019, but has NOT YET APPLIED for her first resident permit. By the time she applies and gets approved for her residency, permit the fund will have three years left until maturity. Even then she might be fine as the law says “Declaration issued by the management company of the respective investment fund, attesting the viability of the capitalization plan, maturity of at least 5 years, and investment of at least 60% of the investment in commercial companies headquartered in national territory;”. The area for interpretation is if it’s 5 years from 2019 or 2023. For people on this thread, I think if you’re investing in January 2023 and it takes two years (December 2024) to get your first resident permit, your fund will still have 5 years until maturity. Also all this is speculative as I haven’t seen any comments by anyone who was actually denied their first residency permit due to this reason. I think it’s worth reading the law: https://imigrante.sef.pt/wp-content/uploads/ARI_alinea7_Pedido_PT-1.pdf