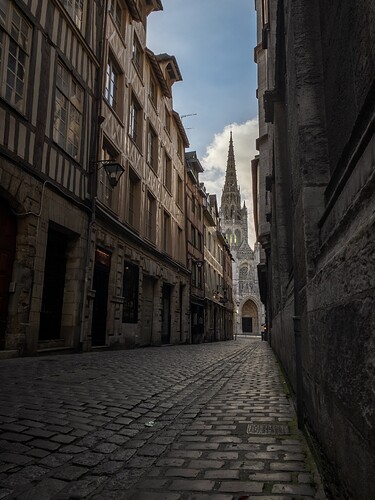 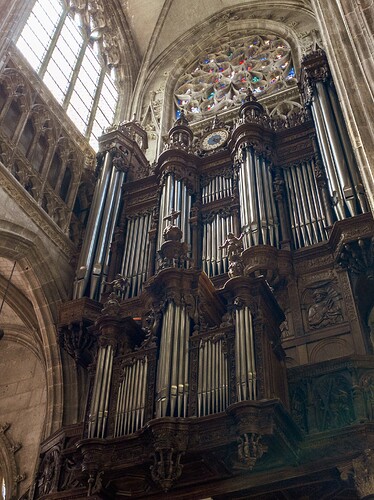 You want to visit Paris, but you don’t wait to live in Paris (or can’t afford to). Two hours away is a little big city filled with France’s best aspects. It’s an affordable hub great for seeing Paris and the Normandy coastline. It’s a town known as Rouen and after living there for a month, this is what I learned.

You will experience someone scoffing that you don’t speak French. That’s a fact if you’re in situations where conversation is expected (i.e. coworks ~$195/m & meetups). While hurtful it’s also humorous. They’re novel experiences and best interpreted like you would when a child pouts upon being told they can’t go play with friends. The French are social and outgoing people. The majority take the language barrier in stride. But if you don’t learn the language, what message are you sending to those that do?

Aside from those rare occurrences, I had a wonderful time. Some are put off by the idea of only spending $3 to eat a baguette with butter every dinner, but I did it and would do it again. Stopping by the local bakery every day became a ritual and each baguette was its own experience. I did eat out a few times (it is France, how could you not) and found the food to meet heightened expectations. Eating a three-course lunch for $24 in front of a wedding cake cathedral was a highlight of my time.

It was one of many too. The town’s history, beauty, and weekend activities will fill a month’s itinerary. The Jeanne d’Arc museum is in a class of its own and for $10 I wish all museums were like it. The cathedrals leave you wondering, “why do people only talk about the ones in Paris?”. Then the museums, events, and even a hike to a panoramic view will take you by surprise. All of it is very affordable because a lot of the time it’s free.

Accommodation is where things get expensive, but when comparing it to Paris they surpass expectations. For a quality bedroom in a three-room apartment, my Airbnb is a place I recommend. The black-out shutters are a unique amenity I wish I hadn’t experienced as now I wish every place would have them. Along with the shutters and what must have been a memory foam bed I had the best sleep I’ve ever had. Finally, the workspace was just as good if not better than some of the coworks. For $570/m in summer, you won’t find anything better.

The best parts are the people. Volatility isn’t something everyone can handle, but with lows come highs and when you’re around long enough you’ll understand why. Attending a BBQ, at which I knew no one, I experienced firsthand what French people are truly like. They made sure I felt included despite my lack of French and genuinely wanted to be friends. No one expects you to speak French, but that doesn’t mean they can’t hope you’ll try. If the price of friendship is a little feedback at the start, I’ll pay that any time.

What I Do - Short answer I’m an operations consultant. Long answer I help small businesses with their logistics, customer service, and CRM development. Anyone with a white collar background could be doing the same via remote job posting sites.