Emergency surgery in UAE under SafetyWing nomad insurance ended up being 11.5k USD out of pocket

If I didn’t have 11.5k USD in en emergency fund, might not have written this post. I documented the story about my experience going through an emergency surgery in Dubai on here: 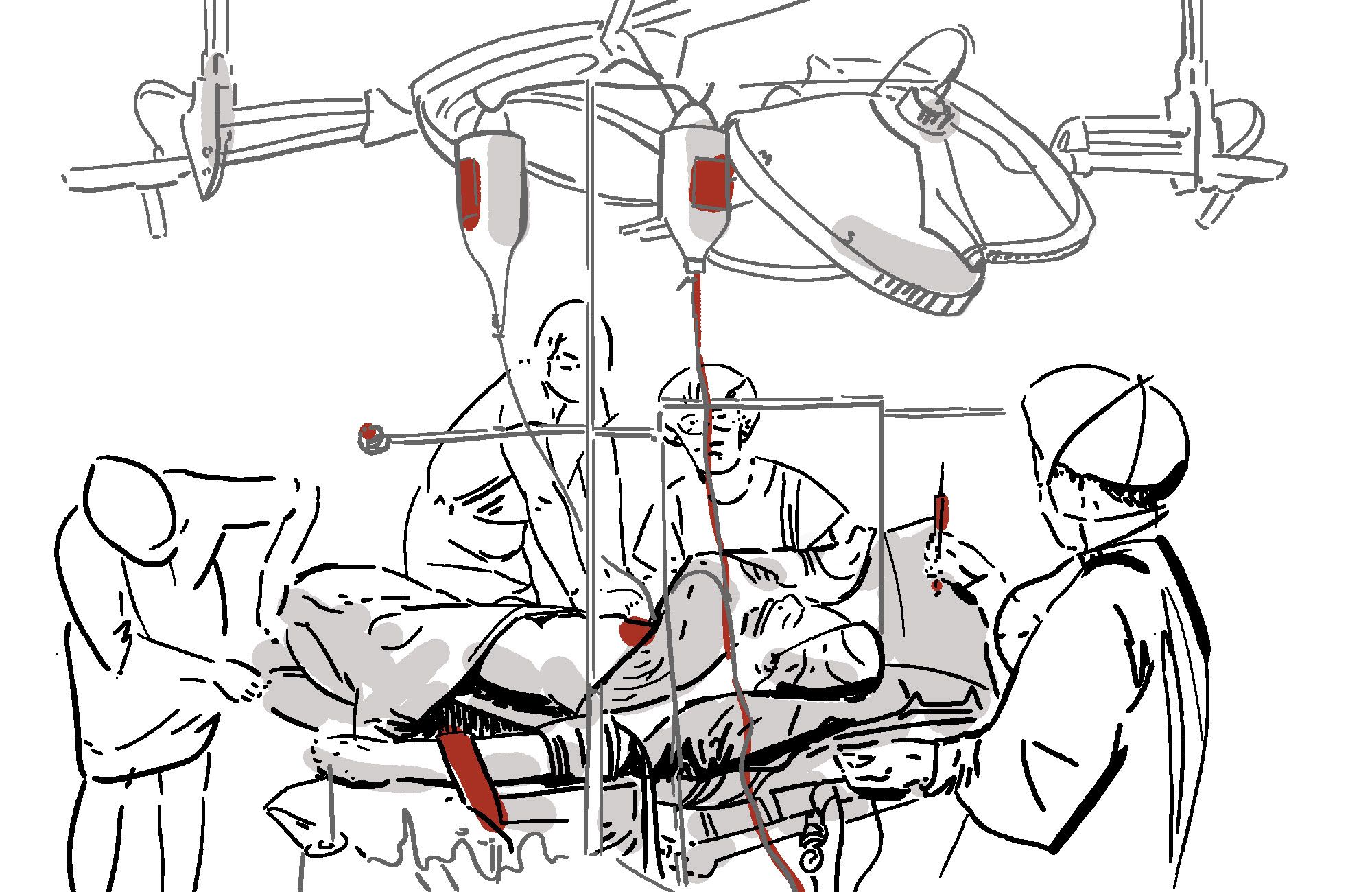 Emergency surgery in UAE on a SafetyWing nomad insurance

Story about experience with recent health emergencies. You will learn about how things work at a popular travel insurance provider under extremely stressful conditions. This is a tale to remind us about the importance of reliable health and life...

Everything ended well and most of the claims are now settled. The main motivation to write this piece was to caution people and raise awareness about importance of good health insurance while traveling. Also, Safety Wing has made a promise to change their internal process for situations like this one - hoping to have the article as a point for public accountability if anything similar happens to fellow nomads.

Could you have paid with a credit card? At least you got reimbursed in the end, but this definitely does highlight how important it is to be able to pay for stuff up front and worry about getting paid back later when you’re healthy again. I’m curious if carrying some credit cards with high limits would be ok for this (assuming you have the cash to pay them off, but just in a place that might be immediately accessible).

I think having a high limit credit card could work for some people. With a fully nomadic lifestyle it’s pretty hard to get one once you’ve closed all the bank accounts in the country of your previous residency.

Yeah for sure, I realize not every DN has easy access to large amounts of credit, and regardless it’s not a replacement for an emergency fund, but I wonder if it’s enough to use when you need access to fast cash like this. I guess most cards allow you withdraw cash if you need it if some place won’t access a credit card. Anyway, crazy story, I’m glad it worked out for you in the end but it sounds stressful for sure. Thanks for sharing!

Thankfully you are healthy & well! Thank you for sharinng…stay safe.

Medically the best advice if ill in the Middle East is to get out. I have several concerns over your story even though you understandably have put few medical details down

Insurance wise I also question what really happened. Having run a travel insurance scheme in the past I would expect SafetyWings to have a 24/7 telephone line and the hospital should have called that. A nurse would then do a check from an on screen check list to clarify an appendicectomy was justified and then authorise a sensible level of cover. If a patient is seriously ill and in hospital and in pain they are not expected to do this themselves!!!

As to cost, I hope you got a breakdown of the bill. As to the credit card charge, if the charge is reversed Visa / Mastercard /Amex reverse the Merchant’s fee so on what basis was the hospital demanding money?

Insurance wise I also question what really happened. Having run a travel insurance scheme in the past I would expect SafetyWings to have a 24/7 telephone line and the hospital should have called that. A nurse would then do a check from an on screen check list to clarify an appendicectomy was justified and then authorise a sensible level of cover. If a patient is seriously ill and in hospital and in pain they are not expected to do this themselves!!!

You would like to think that. That doesn’t mean it always happens that way. I am quite sure there are plenty of medical facilities that would act exactly like this. Which is why I keep a high credit limit card with emergency medical care provisions….

Of course the insurer does want evidence the operation is needed and may not agree to $11,000. In the best hospital in London the charge to Wings would be under £2000, but I am sure this hospital would have been able to justify their charges.

Medical treatment overseas is a minefield. In some European countries there are hospitals with their own agendas. Medical insurance companies are first and foremost insurers and will not pay if your policy does not cover you so caveat emptor, but otherwise I really advise you call your insurer BEFORE seeking medical help. They will have a worldwide directory of which doctor and which hospital to go to, they will oversee your treatment to ensure it is correct and necessary, they will pay your bills, and if unfortunately something goes wrong they will repatriate you.

In my case the hospital did make a call and sent multiple email. I even reached the MOP people myself directly and gave the phone to the head of ER administration to clear up the situation. She talked to the insurance people right next to me. After hours of waiting they haven’t gotten the reply, so I went on and covered everything.

Another details to clarify I was directed to go to this specific hospital by the insurance company. There was a reputable hospital - Saudi-German Hospital, this is where I treated the complications. It was right across the highway from where I lived. Had to take a taxi to the other side of Dubai in hopes the advised hospital will be informed by the time I arrive and things would go smoothly… they had no clue about me when I arrived…

Well, there are going to be lazy hospitals… and bad insurance programs that really don’t want to pay and do everything they can to get out of it. Just like there are in the US.

Heck. Look at the web page of this “Medical Audit Professionals”.
“We work for your profit”
“Our goal is to provide you with services, and tools that preserve the company and individual assets while helping to improve profitability”
“Our company is comprised of a team of experts in the financial medical cost containment and insurance business industry”
Whose side are they on, I wonder. Oh yes I know all insurers are looking out for their profits and and for fraud and the like. But is there any counterbalance? Where is the sales and marketing side to point out to a common boss that looking like assholes when push comes to shove isn’t necessarily a good idea? I think a common thread of all of these “fintech”-like “insurers” is that they’re tech/marketing shells over third party services with fairly thin resources. It sounds good but is that really want you wanted?

And then there is just the factor of “I am in pain NOW and I ended up HERE and didn’t have a choice in the matter because I was unconscious/wigged out/etc”. One insurer may do and have as you say. Another one might well do a shoddy job of it. And how do you know before signing up?

I don’t know. My wife had a really bad accident in Scotland. There was no time to call ahead, or to wait for a MAP. You went to the ER and the bill was going to be whatever the hell it was going to be. The last thing you’re thinking about is whether your insurer is going to pay for this. I called UHC after the fact, got an RN in 5 minutes, and found there was zero question of who was paying and that RN ended up fighting with NHS because NHS refused to let her leave out of fear of a blood clot in her lung even though UHC knew that and had arranged special pressurized medjet to get her out - when the cheapest thing to do was let NHS deal with it. It was dead clear whose side she was on. The only real thing that was hard was her asking “so where do you want to go” and she didn’t offer much advice. But I suppose that, when your choices are Mount Sinai, NYU-Langone, and NYP/Weill Cornell, did it really truly matter?

(As an aside. These are things people don’t normally think about - where WOULD you go if you needed something serious? I certainly never had. Now, we know we prefer NYP/Cornell system though we wish we’d picked HSS.)

In the end, stupidly, I DID have to pay NHS and get reimbursed, which sucked. But I think it was because NHS wasn’t going to let UHC pay. I forget. But it may well have been UHC policy, too.

(Once I was back, of course, I had to deal with all the US standard bullcrap of getting surprise out of network docs and bad billing and all that, but that’s just the standard US experience, and not what we’re talking about here. Though in Weill Cornell’s defense, they handed us to their one trauma-specialist plastic surgeon, clearly their best person, he even ran a lab doing research on new tech for dealing with trauma injuries - not a common thing in that field, sadly. And it wasn’t his fault that our UHC policy had a terrible method for rating payment for out of network docs.)

I guess all this is a lot easier than your situation though. NHS is going to charge whatever it’s going to charge, and there’s no real questions in anyone’s mind about whether they should cover or what the bill would be or choice of doctor. And yes, I pay through the nose for that policy. Well, my employer does, same diff.

But one core takeaway is yes, you really want a high-limit credit card or you’re taking your chances. If this had happened in UAE with a hospital demanding payment up front, with a policy demanding you pay and get reimbursed (and I’m sure some do)? And those of you digital nomads looking for bargain policies… it’s ok if you want to take that chance, but beware that you may well be getting what you pay for. Safety Wing depending on a third party means you’re not really dealing with the people making the serious decisions until maybe far too late. Whereas that UHC RN was clearly able to speak for and commit all of the resources of UHC right then and there, she owned the case until we got home and my wife was safely ensconced in a bed and she made sure of it. There never was a real question. I go abroad now knowing exactly where I stand. I suppose this sounds like an ad for UHC. It’s not meant to be, it’s meant to be an example of what “right” looks like, in contrast to this person’s experience.

I understand getting high limit offshore cards can be a problem. I think you can find banks that will do it if you can secure it with cash. But that isn’t an option for everyone. Call it a downside of the nomad lifestyle - you’re cutting ties, and that has consequences as well as benefits. For folks from some countries, maybe those benefits are somewhere between not-great and non-existent, of course, and it’s easy. But for others, those consequences may not be obvious. Especially those of us from the first world. We make lots of assumptions about our health based on “we’re healthy” and our country’s resources, and it’s super easy to ignore those tail risks because that’s what humans often do… it’s maybe worth thinking through what assumptions we’re unconsciously making and what we might be giving up and how we really feel about that.